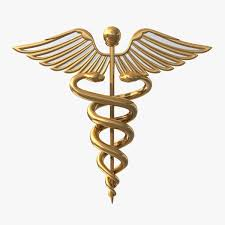 George / Yuri / Dad / Dido....of Juno Beach, Florida passed away suddenly on September 7, 2019 in West Chester, Pennsylvania.  He was 76 years old.  Born in Lviv, Ukraine, he was the son of Myroslaw Dutkewych and Olha Juzyczynsky.

He was beloved by many- his wife Deborah of 45 years, his 5 living children, his 14 grandchildren, his extended family of 2 brothers and a sister and their spouses as well as his many nieces and nephews and his large circle of friends and acquaintances. Dr. Dutkewych’s many patients, whose lives he touched in over 50 years of practice, will be forever grateful to his expert care and skilled surgical hands.

Dr. Dutkewych was also a veteran, he served his country as a flight surgeon and Green Beret. He was a volunteer surgeon for the underserved in Bolivia. His work ethic and dedication to his patients continued until his death.

He was an accomplished surgeon and physician, but George’s greatest gift was his ability to make all who knew him feel loved, valued and accepted. He had a unique sense of humor and was always ready with a charming smile. He valued his time with his family, and despite many tragedies in his life he believed in celebrating the joy of family, love and life. He was so loved and will be missed ever so much.

To send flowers to the family or plant a tree in memory of George Dutkewych, please visit our floral store.

You can still show your support by sending flowers directly to the family, or by planting a memorial tree in the memory of George Dutkewych
Share a memory
© 2020 Longwood Funeral Home of Matthew Genereux, Inc.. All Rights Reserved. Funeral Home website by CFS & TA