Share a memory
Obituary & Services
Tribute Wall
Read more about the life story of Dennis and share your memory.

He was preceded in death by his father, Joseph Brown and mother Jean Brown McKee.

He is survived by his wife, Maureen O’Connell-Brown; son, Graham Brown and his wife, Kayla and their son, Wyeth Joseph brown; sons, Dylan Brown, Zachary Gaughan and daughter, Olivia Gaughan.

His love for music led him to a career playing and working with extraordinary musicians and building lifelong friendships.  It began with the amazing Whiteway-Brown Duo which produced not only beautiful music, but Hilary and Dennis’s sons, Graham and Dylan Brown.  He continued to work in the Philadelphia area working with artists, such as the Red Hot Chili Peppers, the Xtremes, All Stars, and more.

After leaving the city, Dennis moved to the southern Chester County area and began working in the IT industry. He continued to remain involved in music and was a supporter and promoter of many young talented artists.

Maureen and Dennis met in the late 90s and began an extraordinary relationship that eventually created the Brown-O’Connell-Gaughan family, They were married on April 26th, 2003

His love for and belief in their family continued to build the foundation for a wonderful family relationship between the four siblings. Dennis and Maureen shared a great love of music, animals, the beach and enjoyed many trips on the motorcycle together.

He will be deeply missed as a loving father, grandfather and beloved husband.

To celebrate the birth of and honor the life of Dennis, there will be a Farewell Birthday Jamboree held on Monday, December 19, 2022 at Letty’s Tavern in Kennett Square from 6pm-9pm. Please join us for a tribute to Dennis and his love for music at a place he enjoyed many Monday nights filled with dining, music and fellowship, the “Kennett Inn”. If you ate with us, laughed with us, road with us, or just enjoyed a cup of coffee, If Dennis touched your soul,  Please join us. There will be appetizers, live music, and an opportunity for an open-mic, where all musicians he had worked with or loved to watch perform are invited to take the stage!

To send flowers to the family or plant a tree in memory of Dennis Brown, please visit our floral store. 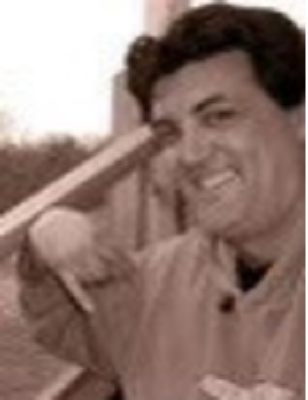 
Family and friends are coming together online to create a special keepsake. Every memory left on the online obituary will be automatically included in the book.

You can still show your support by sending flowers directly to the family, or by planting a memorial tree in the memory of Dennis Brown
SHARE OBITUARY
© 2022 Longwood Funeral Home & Cremation of Matthew Genereux, Inc.. All Rights Reserved. Funeral Home website by CFS & TA | Terms of Use | Privacy Policy | Accessibility