Share a memory
Obituary & Services
Tribute Wall
Read more about the life story of Dr. McIver and share your memory.

On Friday, January 13, McIver Williamson Edwards Jr, loving husband, father, and grandfather passed away at the age of 87.

“Mac" was a true Renaissance man. His curiosity and love of learning followed him from his preschool days through his life, up until the last weeks of his life when he was interpreting his last MRI's. He combined a curiosity in science with a love of beauty, his wonder about how and why things worked mechanically, scientifically and in the grace of the natural world.

He was born and raised in Darlington, South Carolina, to McIver Williamson Edwards and Lucille Sasser Edwards in 1935. His deep roots in the town are evidenced by the fact that he grew up on Edwards Avenue; Darlington is also home to McIver Road and Williamson Place. He left the South to study biology at the Massachusetts Institute of Technology, graduating in 1956. He served as 1st Lieutenant US Army Chemical Corps at Fort McClellan, Alabama, then completed medical school at the University of Pennsylvania in 1962. Mac went on to specialize in anesthesia at Penn where he practiced and taught for 39 years, ten of those in which he was the Chief of Anesthesia at the VA hospital of Philadelphia.

During his internship at Johns Hopkins he met his wife, Donna. They were married for 59 years and raised a son, David, and a daughter Susan.

Mac loved the outdoors – hiking, fishing, camping – and brought to the outdoors his passion for learning, identifying the hundreds of varieties and species of flora, fauna, and sealife in all the places he traveled. He visited many countries on six continents, and was fortunate to have also lived abroad several times in England where he taught and engaged in research.

Whether it was a hobby or his profession, he threw himself wholeheartedly in an intensive study, sharing his infinite knowledge in informal family talks on marshes, rivers, topography, bridges, quarries, islands, history, historical figures, and the art of lobstering on Coastal Maine. He volunteered with his wife, Donna, at the Scott Arboretum of Swarthmore College and the Philadelphia flower show for many years. He loved woodworking and wooden boats, and spent many summers captaining his family around Norton Pond in Maine on a lovely wooden boat named Lucille, after his mother, a lifelong boater and fisherwoman herself.

McIver was preceded in death by his father, McIver, and his mother, Lucille. He is survived by his wife, Donna, his children David McIver Edwards (Theresa) and Susan Edwards Yadgar (Michael), his sister Rosemary Edwards Sundeen, three grandchildren and two nephews.

To send flowers to the family or plant a tree in memory of Dr. McIver Edwards, please visit our floral store. 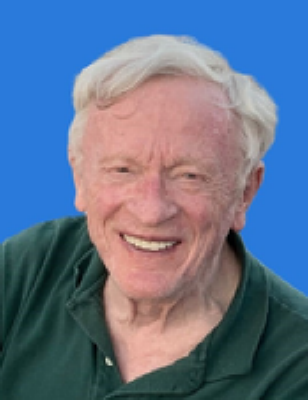 Look inside to read what others
have shared
Family and friends are coming together online to create a special keepsake. Every memory left on the online obituary will be automatically included in the book.

Family and friends are coming together online to create a special keepsake. Every memory left on the online obituary will be automatically included in the book.

You can still show your support by sending flowers directly to the family, or by planting a memorial tree in the memory of Dr. McIver Edwards
SHARE OBITUARY
© 2023 Longwood Funeral Home & Cremation of Matthew Genereux, Inc.. All Rights Reserved. Funeral Home website by CFS & TA | Terms of Use | Privacy Policy | Accessibility